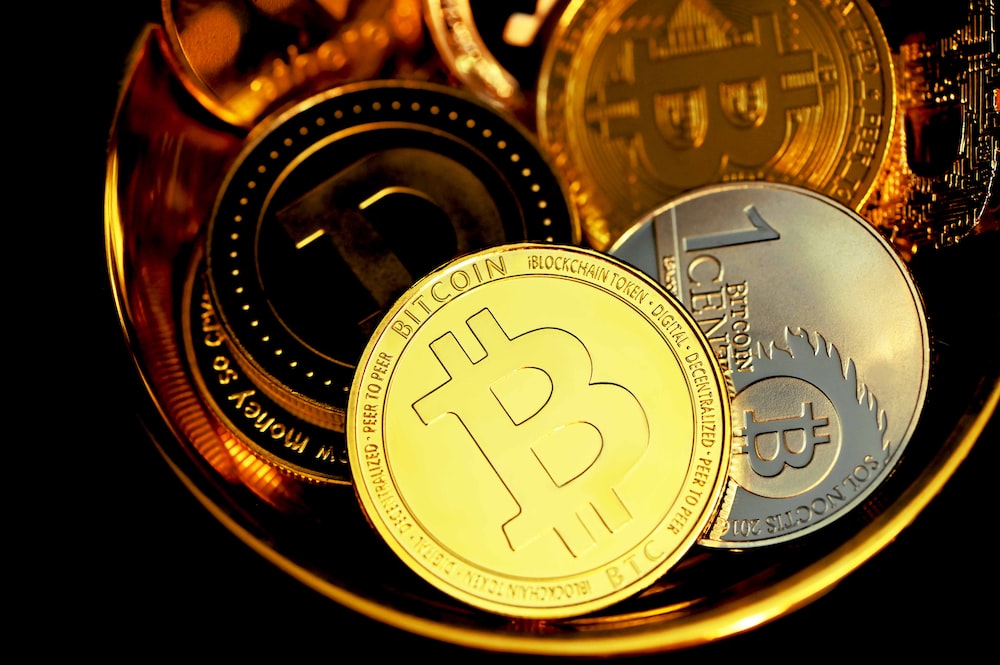 What’s the best way to invest in bitcoin and other cryptocurrencies? If you’ve read news articles, listened to friends, or opened your social media feeds recently, you’ve probably heard that you need to invest in cryptocurrency right now. But what is cryptocurrency? How can you invest in it? And which crypto investments are the best for you? If you’re reading this, you probably already understand why investing in cryptocurrency is a great idea. The world is changing fast, and digital currencies are the future of money. The demand for digital currency is growing because it has numerous advantages compared to fiat money. Let’s take a look at some more details about investing in cryptocurrency before we dive deeper into the specifics of Bitcoin and Ethereum as investment opportunities.

Cryptocurrency is a digital form of money, created and stored electronically in a decentralized network. It has no physical form and exists only electronically, in the form of code. The decentralized nature of cryptocurrency means it isn’t controlled by any central authority. This is why you’ve probably heard that cryptocurrency is going to disrupt the banking industry and become the new global payment standard. The first and most famous digital currency is bitcoin, which was created in 2009 by someone named Satoshi Nakamoto. Bitcoin has since become the benchmark for a new wave of cryptocurrencies, known as “altcoins.” Altcoins are cryptocurrencies that aren’t bitcoin, and they encompass almost 2,000 different types of coins. Some of these altcoins are worth very little, while others have become worth tens of thousands of dollars. There are many different ways to invest in altcoins, and we’ll discuss some of them in this guide.

How to invest in cryptocurrency?

Investing in cryptocurrency is different from investing in traditional securities (stocks, bonds, and so on). With stocks, you take the company’s money, and you invest it to make more money. With crypto, you’re not investing in the company — you’re just buying the coins. That’s why “investing” in cryptocurrency isn’t the correct word to use. What you’re actually doing is buying the digital coins, hoping that their value will increase over time. After you’ve purchased the digital coins, you can do everything from holding them to trading them (depending on the type of crypto you own). You can buy any type of crypto coins through an exchange. A crypto exchange is a website where you can buy and sell crypto coins, such as Bitcoin or Ethereum. You can also trade one type of crypto for another type, such as trading Ethereum for Bitcoin. Before you can start investing in crypto, you’ll need to open an account with an exchange such as Coinbase, Binance, and so on.

Why investing in Bitcoin and Ethereum is the best choice

There are thousands of altcoins available to invest in, but the two most popular cryptocurrencies to invest in are Bitcoin and Ethereum. Bitcoin is the most popular cryptocurrency, and it’s also the oldest. It was the first widely adopted digital currency, and it has a massive network of investors, developers, and users. Ethereum was created in 2014, and it’s also a decentralized network with its own currency. Ethereum has also experienced rapid adoption, and it’s become the go-to software for developers creating new decentralized applications. Both Bitcoin and Ethereum have massive networks that will continue to grow larger over time. This will make it easier for both networks to grow and become widely adopted by a large percentage of the world’s population. Both networks will also continue to add new features that will make them even more attractive to users, which will make them harder to compete against. Investing in either Bitcoin or Ethereum gives you an ownership stake in a network that has immense potential.

Other investments in crypto-currencies

We’ve talked about the two most popular cryptocurrencies, but there are thousands of others to choose from. Before you invest in any altcoins, you should do research and make sure you’re choosing a good investment. Here are some things to look for in a good altcoin investment: – Network size: A large network of users and developers is crucial for the success of a cryptocurrency. – Team: The altcoin team is crucial. The team is responsible for developing the altcoin and expanding the network. You should make sure the team is competent and trustworthy. – Technology: The technology behind the altcoin is what makes it unique. You should make sure it’s innovative and will solve a real problem. – Token structure: The way the altcoin is structured is important. You should make sure you understand how the token works and how it benefits you as an investor.

The problem with investing in Bitcoin and Ether

Bitcoin is the oldest and most well-known cryptocurrency, and many people have made insane returns by investing in it. But this doesn’t mean that Bitcoin is a good investment for everyone — in fact, it’s probably not. For one thing, you don’t own anything by investing in Bitcoin. You don’t own any part of the network, the company, or any other asset. You just have a piece of paper that somewhat represents your investment. What’s more, the Bitcoin network is controlled by a small group of people. This means that the success of the network is controlled by a small group of people. If these people decide to do something harmful to the network, there isn’t anything anyone can do about it. This is also the case with Ethereum, which is another cryptocurrency that’s worth thousands of times what it was worth a year ago. Ethereum is also controlled by a small group of people, so it’s not a decentralized network like many altcoins.

There are many ways to invest in cryptocurrencies, but the best investments are in Bitcoin and Ethereum: the two networks with the largest user bases and the most development happening on them. Other altcoins can be great investments, but you should make sure they have the features mentioned above before investing in them. Remember that as an investor, you don’t actually own anything by investing in Bitcoin or Ethereum. You just have a stake in the network, which can be good or bad depending on how the network is managed. And when investing in cryptocurrencies, you need to be careful to avoid scams, frauds, and networks that could be harmful to their users.